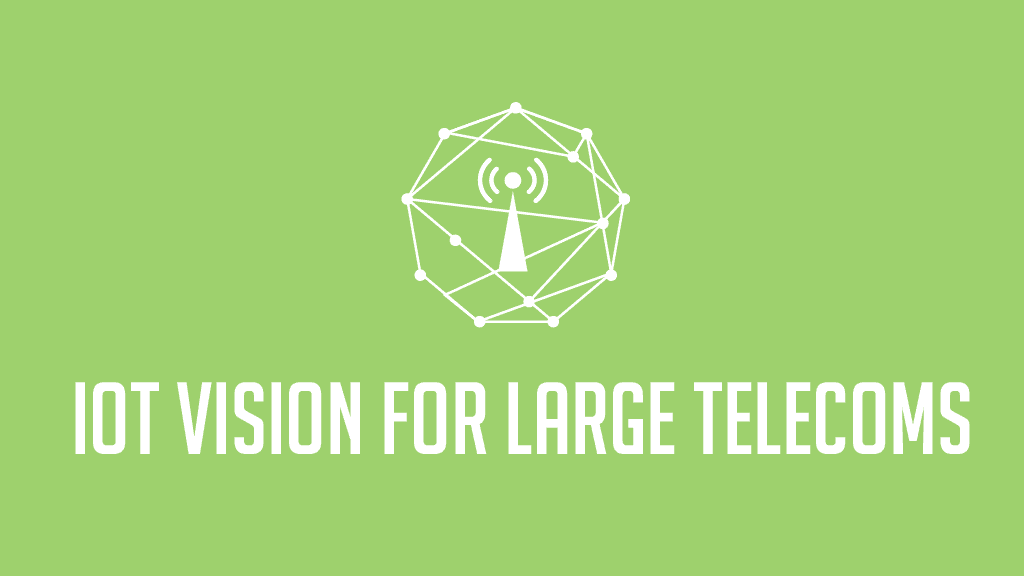 It is no secret that large telecom companies have been struggling with how to make money in the IoT domain. Given that the things and sensors connected to networks at this moment in the evolution of IoT consume far less data than people connected to networks, it is commonplace for business people to argue that these machine-generated sessions will drive low value based on the data consumption model.

What is now becoming clear to telcos who in the last ten years have lost subscribers and revenue to challengers in the human messaging space (for example, billions of their consumers and now business customers have switched to Facebook, Skype, Slack, Viber and other web-based communications approaches) is that in order for them to participate in massive new economies like the IoT they cannot measure value based on data consumption and other dated thinking. 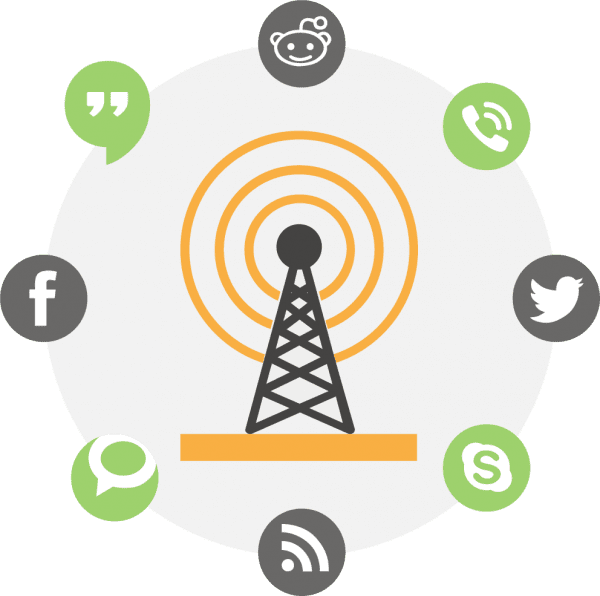 Over the last six months, we are seeing a huge increase in announcements by telcos, including the Tier One companies (Vodafone, AT&T, Verizon, CenturyLink, BT, China Mobile, Telefonica and more) regarding their investment in IoT solutions which expand way beyond “the network” itself.

Kaa’s open source middleware platform – which connects sensors on smart things with the cloud – is attracting developers in growing numbers from the cloud angle. While Kaa began as a global leader in the development of software that integrates with the hardware itself (meaning we are able to connect nearly every IoT sensor in the world and continue to invest in ensuring every new sensor that comes into the market can also be connected to the cloud using our middleware), our popularity with Systems Integrators (including those within the telco community and their vendors) is growing. 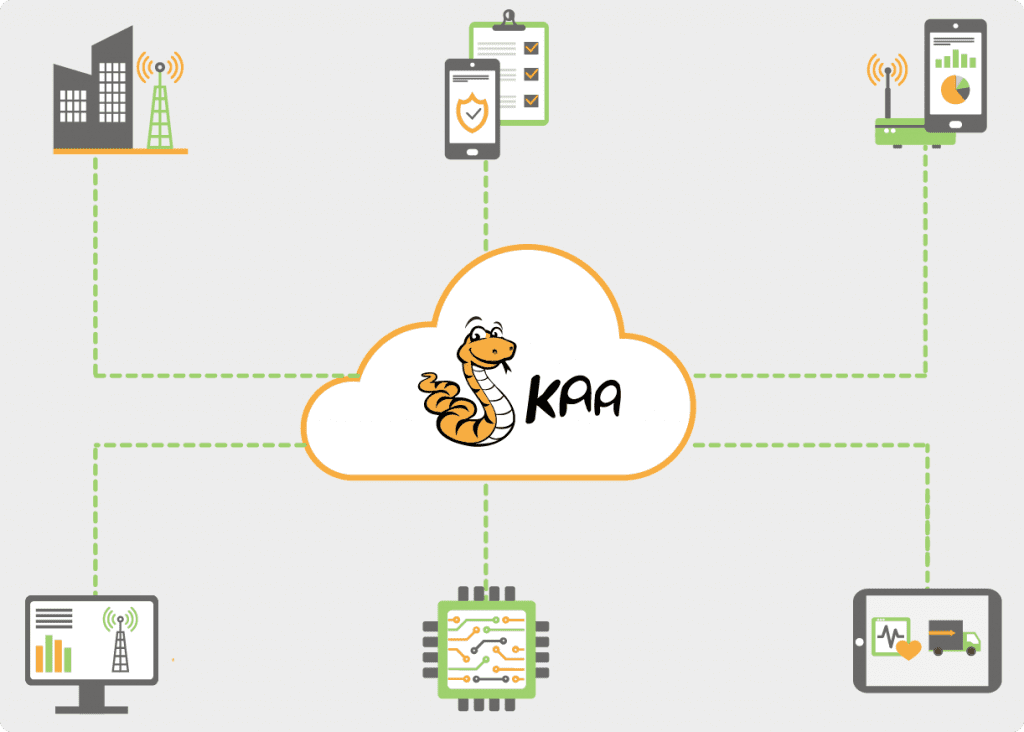 Based on the continual research the Kaa team conducts, and our discussions with our community members, the biggest trend we are seeing is the development of IoT clouds by the larger telcos. Having already begun the dramatic movement of communications services to the cloud, they are now seeing they can leverage their cloud architectures (including massive fiber deployments, data centers, operating and billing systems, investments in NFV and software defined services) to create massive new businesses in the IoT.

But is it too late? The same challengers who have stolen business in human messaging started to go after IoT several years ago. For example, Google, Amazon and Microsoft all created IoT clouds and services and began rolling out everything from Google’s self-driving cars to Amazon’s Echo in parallel with the virtual assistant Alexa, which now works in cars as well as homes and offices.

Microsoft’s IoT Suite on their Azure platform is attracting developers, and countless start-up companies are building entire businesses which are threats to the big telcos including SIGFOX which is expanding rapidly beyond their initial mission to provide extremely efficient localized low-power connectivity for small messages sent occasionally to what they describe as “an operated network, meaning you do not have to handle any installation or maintenance operations.”

SIGFOX is doing extremely well with their LPWA (Low-Power Wide-Area) offering, currently deployed in Western Europe, San Francisco, and with ongoing tests in South America & Asia, allowing bidirectional communication (from & to the device) with sessions initiated by the device.

What SIGFOX is unable to do is handle high-bandwidth applications (multimedia messaging or real time broadcast), which telcos are extremely good at handling.

And it may be the combination of machine and human communications (example solutions that trigger human collaboration based on machine data) that creates greater value for telcos. Naturally, this requires telcos to join the IoT ecosystem (including SIGFOX and Kaa, leaders in building the original IoT ecosystem over the last few years) and get ahead of the challengers.

Not Just the Usual Suspects

Every IoT strategist should pay attention to https://thethingsnetwork.org/  This is an extraordinary initiative where a community of innovators in Amsterdam crowdsourced a complete city-wide Internet of Things data network in 6 weeks using a new technology named LoRaWAN™.

“Now we are launching our global campaign to repeat this in every city in the world. The technology allows for things to talk to the internet without 3G or WiFi. So no WiFi codes and no mobile subscriptions. It features low battery usage, long range and low bandwidth. Perfect for the internet of things.”

Inspiring to say the least, especially for those of us who are passionate about Open Source and the power of people to build things in creative new ways.

What Should Telcos do to Participate in The Gold Rush of IoT?

We’re hosting a webinar on this very topic on June 23, at noon Eastern, and will be sharing a reference architecture for large scale IoT deployments that are more valuable when connected not only locally (for example in one factory, connecting equipment with sensors to understand the operational health of that equipment) but nationally and globally (multiple factories connected via an IoT cloud with sensors at the edge integrated into unified systems enabling recurring revenue managed services models as one offering.

Telcos have assets – literally billions and in the aggregate trillions of dollars’ worth. Those network assets can be harnessed to create the same quality enterprise solutions as telcos have benefitted from while delivering business communications services over IP.

Telcos have even more valuable assets – enterprise and business customers. Even consumers can be served by telcos when they think creatively. Think about these three simple opportunities for companies like AT&T:

No telco – or any company for that matter – will make a fortune on the IoT without doing the work. The work? Create services that solve problems, that are useful, convenient, make us safer, make our planet and people healthier.

This is why joining IoT ecosystems is so important. This is why Kaa is so energized to bring middleware to all companies interested in “making the connection” – bridging sensors and systems – contributing to the ongoing growth of all IoT clouds.

Learn more by registering for our webinar!