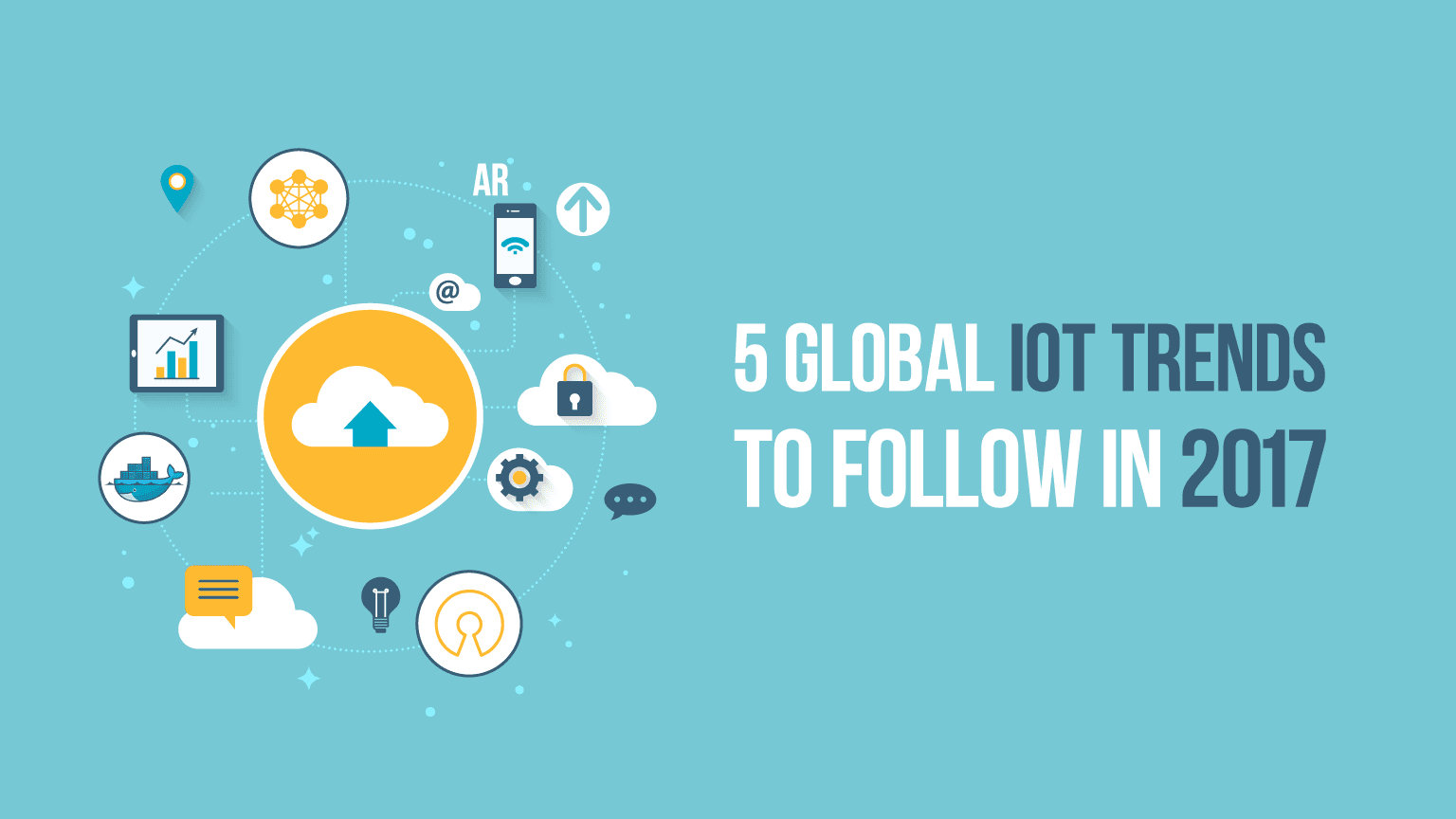 With a vast number of large and small companies rooting their operations in the IoT technology, the year 2017 promises to add strong momentum to the IoT market on several key directions.

The IoT continues to transform industries by making software technology ever more pivotal to companies’ business development. The early phase of adoption has proved that the IoT works quite well for diverse sectors of economy, so we expect a shock wave of new global-scale implementations to hit the ground this year. 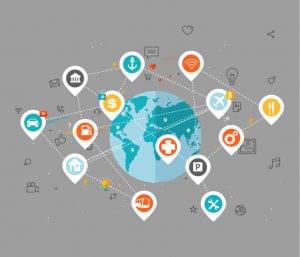 However coveted and long-expected 5G is for consumer market, it is a different technology that is bringing much promise for the IoT industry in 2017. For a large majority of IoT use cases, big data rates come secondary to power efficiency and the emergence of low-power IoT networks is what is going to make this principle work effectively for innumerous IoT use cases.

Low-power, low-bandwidth connectivity paves the way for connected devices, sensors, and smart meters that could run years without access to power supply while effectively performing their tasks. The crux is that in many scenarios from the enterprise side of the IoT such connected devices are activated once in awhile to send or receive a limited portion of data, and remain dormant most of the time. A power burst that every single device out of potentially thousands in your network should give away now to use a high-speed cellular network will soon become totally unnecessary.

SigFox and LoRa technologies have been used by a number of Telecom operators to provide low-power networks for commercial use for several years already and currently their reach goes up to 50 and 200 million subscribers respectively. However, this year we are going to follow the rise of a billion-scale low-power connectivity – Narrowband IoT (NB-IoT). Unlike SigFox and LoRa, NB-IoT uses licensed spectrum making it more reliable for mission-critical applications. It is also a standardized technology which requires relatively small upgrade to existing Telecom infrastructures and is already heralded as a standard-to-be for Industrial IoT.

The urgency is on full display here as the development of NB-IoT is already backed by over 20 largest carriers that represent more than 2 billion subscribers. Vodafone promised the world’s first live commercial NB-IoT networks to be in Germany, Ireland, the Netherlands and Spain by the summer of 2017. Other carriers will be surely snapping at Vodafone’s heels.

Continued shift to containers and microservices 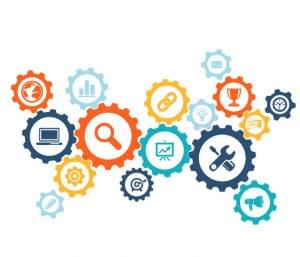 The use of containers is a new golden standard for the cloud computing industry and it starts getting good traction in the IoT as well. Containers dramatically simplify provisioning and upgrade of cloud-based solutions and resolve the problem of solution deployment to different computing environments by breaking down the entire system into a set of microservices. A microservice is a relatively independent application that implements a set of distinct features and communicates with other microservices by using various adapters and exposing APIs.

For the IoT, microservice architecture tackles a number of problems related to IoT platforms and cloud solutions. First, microservices are easier to maintain and customize; new software modules can be rolled out as separate services, which also significantly reduces the cost of customization. Unlike virtual machines, containers are lightweight and portable so they can be used for upgrading all kinds of resource-limited IoT endpoints.

Second, applications built on microservices are easier to scale and they are more reliable. Management and administration of wide-area IoT solutions, such as smart city or telecom IoT, naturally requires container technology to effectively approach complexity of these solutions. Finally, provisioning of microservices can be automated to a much greater degree meaning faster deployment of new solutions and upgrades.

Some IoT platforms are already on-board with containers to offer the best flexibility to their customers and maximize speed of IoT development. This technology plays out especially well for open-source platforms maximizing their deployment flexibility and ability to quickly develop IoT applications by assembling them from various microservices. Emergence of autonomous vehicles, smart grids, and smart cities is most likely to make microservices the default standard for distributed, complex IoT solutions.

The Internet of Things started on the premises of cloud computing and the idea that everything can be connected and managed through the cloud. But a solely cloud-based IoT design has inherent limitations when it comes to mission-critical performance, uptime, and security. And with the growing amount of data generated by connected devices, the increasing cost of required network capacity will force companies to put more computational power and analytics on the edge.

The use cases for edge computing are abound in the industrial settings and large-scale IoT solutions. When a machine needs to respond quickly to a certain condition, exchanging data with the cloud server may take too long. And if some device loses connectivity and gets out of touch with the server, it may not only disrupt its own workflow but operations of other systems as well. So, the need behind edge computing is to ensure 100% uptime and allow devices take faster actions in response to new data.

Real-time analytics on edge devices is also a segment where Big Data and the IoT will continue to converge this year. Edge analytics applications will make it easier to make sense out of real-time data right in the context where it is generated, which is challenging in case of centralized, delayed processing of extremely large amounts of data on cloud servers. IoT technologies and platforms which support edge computing are likely to have good popularity gains this year. 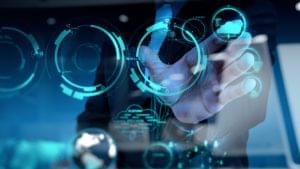 Even though Augmented Reality (AR) is still early in its development for consumer market, it is starting to get some significant footprint in the enterprise. Aecom, an international construction company, is already utilizing Microsoft HoloLens to help design buildings by reviewing complex elements that are impossible to check on 2D screens. In the retail industry, Canadian Tire used AR to create a 200-page printed shopping catalog that allows customers to view additional information, such as videos and reviews, through a smartphone placed over a product image.

But AR has even a bigger potential if used in a dynamic environment where new data should be consistently taken into account, and the IoT offers a greenfield of such opportunities. Industrial quality inspection is already considered a mature business case for combined AR and IoT, in which work of operators and field technicians can be largely simplified by overlaying digital prompts on physical equipment. In such scenarios, the efficiency of company’s IoT infrastructure largely defines the possible value of AR applications so the question of  AR adoption depends heavily on readiness of IoT platform providers too.

Thus, this year we expect to see not only new headsets, smart glasses, but also how IoT technology vendors are going to address the increasing value of AR in their offerings. PTC, for example, the company behind a proprietary IoT platform ThingWorx, moved into the field with acquisition of Vuforia known for their CAD-integrated 3D visualization software. On the other hand, open-source IoT platforms have a potential advantage here in terms of better customization and integration with a wider array of AR solutions and applications.

On balance, AR remains largely unexplored field but the one with the game-changing potential. Inevitably, it will empower us with better ways to approach complex tasks at work and our daily chores, so we are going to see who will be be bringing this sci-fi reality closer to life this year.